I forget how many beer schools there have been. Some are documented, some are not. This was all about the wonderful world of bock beer. 18 craft beer geeks descended on Clive's Classic Lounge for an evening of great beer.

What is a bock beer anyways? Think of it as a dark German lager with a kick. We don't tend to get many bocks on the West Coast. If we are going to drink something dark, it will most likely be a stout or porter. We do love our hops; perhaps it is time to get in touch with our malty side. This is what bocks deliver in abundance: rich, dark and sweet malts. Let's explore this classic beer style and maybe a malt amour will mature.

The bock beer style began back in 14th century Germany. At this time the brewing powerhouse was not Munich, but Einbeck in the North. From Einbeck, beer flowed south into Bavaria and Munich. In the local dialect this beer was called 'Oanbock', which was shortened to 'bock'. For some strange reason goats are often found on bock beer labels. 'Bock' is also the German word for billy goat. By definition a bock is a dark, sweeter lager with low bitterness (20ish IBU) and a bigger alcohol content (6-7% ABV). It will certainly appeal to the beer drinker with a sweet tooth. 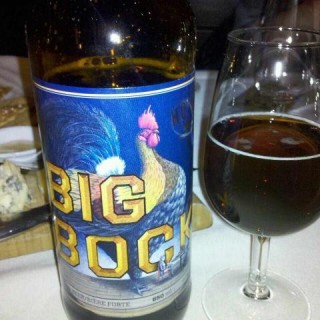 Luckily there are a few bocks in the Garden City. Hoyne Brewing has the Big @#$# Bock year round. Hoyne is restrained with the malts, but there is plenty of richness to appeal to a beer lovers sweet side. When you pair bocks with food, think sweet and rich. Wild game, pork and roasted foods all work with bocks. Anything caramelized will mesh nicely. Caramelized onions, seared portabello mushrooms on whole wheat pasta drizzled with sweet balsamic crema; now this meal calls for a bock.


Did I mention that there were multiple variations of bocks? The helles (pale) bock was brewed in response to the pilsner phenomenon that was sweeping through Europe. At first, Munich brewers swore they would never brew a pale beer. Spaten blinked first and brewed their first Helles in 1894, over 50 years after Pilsner Urquell was unleashed. No one said old world brewing was a dynamic industry. Helles bock still retains a thick, chewy maltiness but the hop bite is curtailed. Maibocks and helles bocks are very similar styles; maibocks are generally released in spring (May) and can be slightly hoppier and marginally darker. The food pairing for lighter bocks are similar to pilsners. Spicy foods and sea food are optimal. Our example of a helles bock was the Rogue Dead Guy; surprise it's a maibock. The Dead Guy is a tad hoppier and less malty that one would expect from a helles bock, but it is brewed for the North American palate. 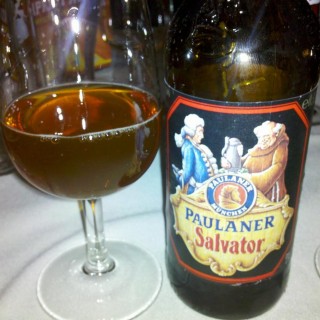 Dopplebock: double up on an already strong beer? The 'dopple' part is not a literal description. But yes, the ABV of dopplebocks is raised (7-10%) and so are the malty flavours. The original dopplebock is the rich and caramelly Paulaner Salvator. There are many imitators and they use “-ator” ending names in homage. Victoria has had no shortage of these brews; we like our strong beers. Instigator (Phillips) and Navigator (Lighthouse) are local favourites, while Captivator (Tree Brewing) is imported from Kelowna. The food pairs are similar to a traditional bock. This sweeter beer can also be enjoyed with deserts. Imagine this caramel malty beverage with crème brulee. 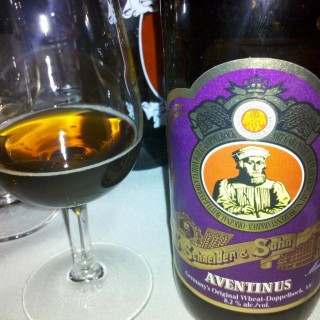 More variations of strong bocks are always welcome. The Aventinus wheat-dopplebock is truly world class. With the inclusion of at least 50% wheat malt, you get a beer with all those wheat tastes we love. Dark, rich, raisiny with spicy cloves, caramelized bananas and cream of wheat. If you can find the eisbock version of this beer, purchase several without hesitation! 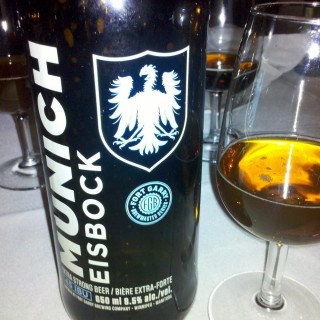 What was once an accident is intentionally enjoyed every year. The eisbock (ice/frozen bock) beer style is made using a technique called freeze distillation. Beer is frozen which causes water-ice crystals to form. This ice is removed to further concentrate the alcoholic beverage. Fort Garry Brewing in Winnipeg makes the other Canadian eisbock. There are few foods that was stand up to the thick, chocolatey maltiness of an eisbock. Grilled game, duck, caviar and rich Stroganoff are big foods that can handle a big beer. A brandy snifter of Hermannator and a caramel flan or chocolate cheesecake with ginger/plum sauce would be a decadent end to a meal.

Looking forward to the next beer school, "Pucker up Buttercup". This will be a sour beer bonanza.
Posted by Unknown at 12:20 PM