Top Victoria Beers of 2015 according to ME

A large thank you to all my readers this year. Especially those pointing out dirty glassware and spellling errors.
Another great year for beer drinkers in Victoria. There were almost monthly new releases, or almost new, from Phillips. Category 12 seemed to put out a new beer quarterly, all of them good. Again this year I was not able to review all the new releases from Victoria brewers. There were a couple of reasons for this. The first is that Spinnakers didn't always publish when they had new beers. Also some were draught only; I'm not going to take detailed notes over dinner. Secondly, some of Moon Under Water's sours I did not drink, but put directly in the cellar. And lastly I sampled very few from the Four Mile; this was on purpose. Now on the the list.

1. Raised by Wolves from Driftwood. This was no surprise to most people. I wish I had purchased more bottles to see how it evolved. Hopefully we will see this one again.

2. Induction by Category 12. This was a solid Belgian-style dubble made properly. I think this one is going to be released again very soon

3. Obscuritas by Driftwood. A great beer in a great bottle.

4. Barque by Lighthouse. I love me a good Belgian strong

6. Jackline Rhubarb Grisette by Lighthouse. This was the only beer in 2015 to score a 5 in taste, and well deserved.

7. Master Blaster by Swan's. This first brett beer from Swan's was a tropical fruit funky delight.

9. Waveform Wit by Category 12. It hit all the wit flavour check boxes with a new twist.

10. Legacy Ale by Swan's. It is nice to have a barley wine that is a pleasure to drink upon release. Sadly this leads to not great aging.

Honourable mentions in no particular order.

Discover Coffee Lager by Lighthouse. This did not get a formal review due to it's keg only release. The coffee flavour was subtle and had no harshness.

The sour line up at Spinnakers. Individually they would not hit the top ten list. But as a group, it was an impressive lineup for the small brew pub.

The sours at Moon Under Water. These were included because they are in the cellar, but the one's I sampled at bottle shares were stellar. I also felt bad that Moon wasn't mentioned despite all their great beers this year.

The best packaging of the year goes to Obscuritas by Hired Guns. With the runner up Scarfface by Phillips.

Any predictions or resolutions?

I resolve to visit the Four Mile this year. Never went last year. Still never went on that brewery tour. This year will be even harder to try every new release, as a brewery, or two, is opening in Sooke in 2016. And there might be two more production breweries in Victoria this year.

Other top 10 beer lists
Brewed Awakenings
Beer Me BC


Again it was another great year for Victoria craft beer lovers. New to the brewing scene was the 4 Mile Pub (boo) and Category 12 (Yay). It was also the first time there was a true collaboration brew between two local breweries. Sadly this beer did not make the top 10. The other collaboration brew will not be spoken of again. We also experienced the opening of two great, uber-taplist pubs. The Churchill/Garrick's Head and this supercool place called the Drake. My 2014 list is a little thin as I was not able to review nor taste all the beers in Victoria. Next year I shall try harder. But enough of my ramblings, how did these beers stack up according to ME?

This was a wonderful collaboration beer. A spicy, bretty Belgian blonde with lots of oaty malts and hints of flowery and spicy hops. Well done John Adair (now Gladstone) and Jeff (MUW)

A lot of black IPAs are potent and painfully hoppy. This new kid hit a nice balance between griping citrus and floral hops with roasted and chocolate malts. Yum

What happens when you mix the hoppy Fat Tug and a creamy wheat beer? Something wonderful.

A great strong Scottish ale that delivers deep peaty malts, lots of caramel and abundant fruitiness. Don't mind if I do.

A little on the weird side. Who would have thought a rye sourdough bread yeast would work with a saison style beer? I'm glad someone tried.

Would could you not like a dry chocolate Keepers stout with added earthy vanilla.

This was perhaps the greatest marketing tactic by Phillips to date. Bundling a hop flavoured liqueur with a double IPA.

What can I say, it's a well done Pilsner. So good that they released it twice.

It was a simple blend of tropical citrus hops over a bed of biscuity malts. Simply delicious.

These beers never got a full review due to laziness, but would have ranked up with these top 10.

Pilsner Doehnel by Driftwood - a hoppy pils with local malts: ohh yess!
Rhubie by Lighthouse - the unintentional sour rhubarb beer. The only bottle I bought three times.
Lighter Side of the Moon by Moon - A simple, light lager in a super cool can.
Soma II by Moon Under Water - the keg didn't last long enough for me to try. But one might appear at the Drake soon
Oud King Crow by Moon - a lovely approachable sour.
Year Two Wheat Wine by Moon - no one wanted to share this lovely bottle with me. I took a peaceful nap afterwards.

Best Packaging of the Year

Hands down is was the Entangled by Driftwood and Hired Guns Creative. Perhaps the most elegant label I have ever seen. The Phillips 13 Knot was a close second.
Posted by Unknown at 10:15 PM No comments: 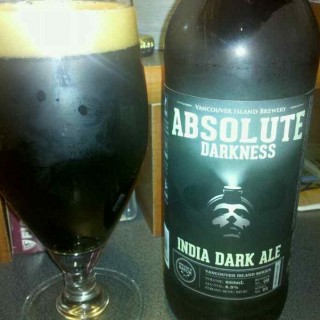 I have sampled too many great beers for there to be only ten. So it will actually be top 10 with another 10 honourable mentions. I'm sure I have missed a few great releases, but my liver and budget can only handle so much.

Why is this beer on top? While most breweries have been focused on producing hop-bombs and malt monsters, Driftwood released this delicately fruity and spicy Belgian strong ale.

2. 9 Donkeys by Phillips
I know it seem contradictory to berate hop-bombs and give one a second place finish. I don't care. It is my blog and I can do what I want. It also happens to be a great beer; perhaps the best hop bomb yet. In a prior tweet it was compared to Pliny the Elder.

3. Ola Duha 16
An old ale aged in 16year Highland Park Scotch barrels; need I say more. Imagine the flavours in your head and then prepare to have them blown away.

4. Westvleteren 12
It is very hard to say anything bad about the rarest Trappist beer. The rich flavours of plum, candy sugar, peat, leather glove and currants will call to me forever. I still have a bottle in my cellar you know!

5. Sink the Bismark
Thanks Dave. This brew was unbelievably hoppy, yet unbelievably smooth. Imagine a uber-hopped Drambuie.

6. Sierra Nevada 30th Anniversary Fritz and Kens Ale
This imperial stout is a collaboration between Fritz Maytag and Sierra Nevada. It is everything a good impy should be: thick, rich, roasted yet sweet and chocolaty.

7. Prima Pils (Victory)
I heard good things about this beer, but how good can a pils be? Light lemon meringue, fresh grass, straw, lavender and light green apples were flavours I never expected from this beer.

8. Pot Hole Filler (Howe Sound)
Yet another imperial stout that was right on the money. It was thick and chewy with roasted chocolate, fruit and the right touch of alcohol burn.

9. Ten-Fidy
All this flavour from a little can. Massive cocoa, bitter sweet chocolate, and citrus hops flavours completely coated your entire gastrointestinal tract.

10. Avery Imperial Oktoberfest
The Kaiser was unrelenting with its tart toffee and bready malts. Unexpected were the earthy and sparkling mouthfeel.

Now for the honourable mentions.

11. Prickly Pear Braggot (Widmer Bros)
The flavours were hard to express. They were syrupy with honey, crazy pears and alcohol warmth.

14. Jubelale 2010
The nose was massive and vineous. Every sip was a new taste discovery. One minute it was plums and dark fruits; another it was resinous and citrus hops.

17. Baltika 6 Porter
It was roasted coffee beans with smoked chocolate; yet all these flavours were creamy and highly drinkable.

18. Green Flash Red Ale
All I need to say is three words: dryhopped with Amarillo.

19. Vicardin
Thanks to Dave for pointing this brew out. A blend of gueuze and Belgian triple; yes, it was that good.